In 1997, researchers estimated the total economic value of the “services” provided by the world’s ecosystems – from flood-mitigating wetlands and precipitation-inducing tropical forests to carbon-storing tundra and fisheries-supporting coral reefs – at around US $33 trillion: nearly double global economic output that year. Cited now over fifteen thousand times in the literature (and counting), this dollar figure heralded exponential growth in the field of ecosystem services science and signaled a broad shift in how conservationists came to frame their work. Diverse communities of practitioners around the world have come to accept and even to embrace the language of ecosystem services: ecologists and economists, policymakers, activists of varying stripes, intergovernmental bureaucrats and business leaders are together learning to think about “nature” as stocks of “natural capital” assets generating flows of valuable services. The concept has manifested around the world in a range of forms including Payment for Ecosystem Services (PES) programs; natural capital accounting standards (e.g. the UN’s  System for Environmental-Economic Accounting, SEEA); new private sector coalitions (e.g. the business-led Natural Capital Protocol, the finance-led Natural Capital Finance Alliance); new academic journals (e.g. “Ecosystem Services,” inaugurated in 2012); and a proliferation of new research initiatives and communities of practice (e.g. the Natural Capital Project, Ecosystem Services Partnership, ecoSERVICES, ValuES, OpenNESS, OPERAs, OPPLA, Invaluable, Katoomba Group, Ecosystem Marketplace, BES-Net, EQUIVAL, DIVERSITAS, which was absorbed into Future Earth, and more).

The concept is now firmly rooted in global biodiversity research networks and agendas; among national and sub-national state environmental bureaucracies in both developed and developing countries; in the communications, organizational development strategies, and project planning of the conservation establishment (e.g. World Wildlife Fund, The Nature Conservancy, Conservation International, IUCN, among many others); in various intergovernmental processes undertaken through the United Nations (e.g. at UNEP-WCMC); in the Global Environment Facility (GEF) and World Bank (e.g. the Wealth Accounting and Valuation of Ecosystem Services global partnership, or “WAVES”); and in other large multilateral science-policy initiatives such as the Millennium Ecosystem Assessment (MA) completed in 2005, The Economics of Ecosystems and Biodiversity (TEEB) established in 2007, and the Intergovernmental Platform on Biodiversity and Ecosystem Services (IPBES) established in 2012.

The question of what nature is “worth” has seized the imaginations of environmentalists and has come to preoccupy the organized conservation movement. Extending theoretical frameworks from political ecology, science and technology studies, and critical and constructivist variants of institutional theory, my dissertation analyzes the rise of ecosystem services discourse in global environmental governance. Why has nature’s dollar sign gained such widespread currency among conservation practitioners? What is at stake in re-representing biodiversity in this manner? And what are the implications of this framework for environmental policy, environmental sciences, and environmentalism?

This research project investigates clashing perspectives within the environmental movement over how to apprehend the shifting terrain — and the corresponding strategic implications — of the current conjuncture. I examine how such tensions are negotiated and managed by analyzing the “Theory of Change” (TOC) models produced by large environmental organizations. Akin to programme logic models… END_OF_DOCUMENT_TOKEN_TO_BE_REPLACED

My doctoral dissertation (“Mainstreaming Natural Capital”) investigates the growing influence of “ecosystem services” (ES) ideas in biodiversity conservation. Once an esoteric neologism, ES refers to the conceptual framework and now-burgeoning field of research dedicated to analyzing in measurable, often monetary terms the range of valuable “services” provided by nature to people. Over the past two… END_OF_DOCUMENT_TOKEN_TO_BE_REPLACED 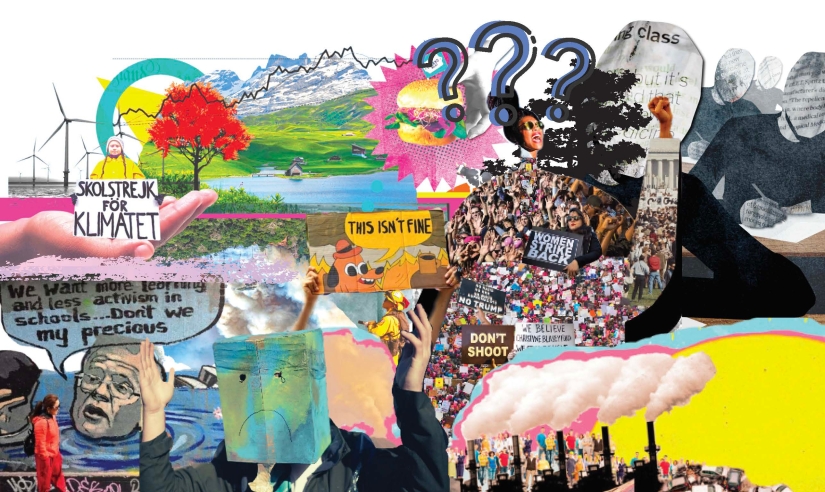 This research project explores the vital roles that radical scholars and critical environmental educators can offer at this pivotal historical moment. Amid ongoing debates surrounding the nomenclatures (and mis-nomenclatures) of “The Anthropocene” — debates which have struggled to name the profound implications and extraordinary dangers attendant to current planetary trajectories — this project specifically explores… END_OF_DOCUMENT_TOKEN_TO_BE_REPLACED

Since 2006, the Natural Capital Project (NatCap) has worked diligently to “mainstream” ecosystem services concepts across a diverse range of governance contexts with the aim of “aligning economic forces with conservation.” I examine NatCap’s epistemic advocacy network through the perspectives and experiences of the practitioners who comprise it. Building on scholarship examining specific sites and… END_OF_DOCUMENT_TOKEN_TO_BE_REPLACED

Mainstream environmentalism and critical scholarship are abuzz with the promise and perils (respectively) of what we call ‘for-profit biodiversity conservation’: attempts to make conserving biodiverse ecosystems profitable to large-scale investment. But to what extent has private capital been harnessed and market forces been enrolled in a thoroughly re-made conservation? In this paper we examine the… END_OF_DOCUMENT_TOKEN_TO_BE_REPLACED

Over the past decade, the concept of ecosystem services has become a central guiding framework for environmental conservation. Techniques of valuation, payments to protect ecosystem services, and efforts to put a price on nature increasingly characterize environmental policy. We analyze the 10th Conference of the Parties (COP-10) to the Convention on Biological Diversity (CBD) as… END_OF_DOCUMENT_TOKEN_TO_BE_REPLACED

Established in 2012, the Intergovernmental Platform on Biodiversity and Ecosystem Services (IPBES) aspires to be a kind of “IPCC for biodiversity,” tasked with transforming knowledge about global ecosystems into global action to conserve ecosystems. IPBES represents a crystallization of over two decades of transnational consensus-building around “ecosystem services” policy discourse, and it has so far… END_OF_DOCUMENT_TOKEN_TO_BE_REPLACED